The critically acclaimed A-Train simulation series has finally reached Steam with the release of A-Train 8! As the owner of a brand new railway company, you must manage train schedules, develop new railways, construct buildings, and manipulate the stock market on your quest to earn one trillion dollars.

If you're looking for advice on how to build your railroad empire or just trying to figure out how to use the program, we've got you covered.

Are you up for the challenge?

Have you ever wondered what it's like to manage a railway company, or how trains can influence the fate of an entire city? A-Train 8 answers these questions! The task will be fun, but not necessarily easy. Your company relies on the citizens for revenue, and the city needs your railway to function and thrive. If you fail to master this relationship, both your company and the city will face certain derailment.

The future of the city is in your hands!

The gameplay of A-Train 8 is no simple affair. If you want to succeed, you will have to make decisions based on time, terrain, financial status, and many other factors, but there are plenty of reports that will help you succeed! 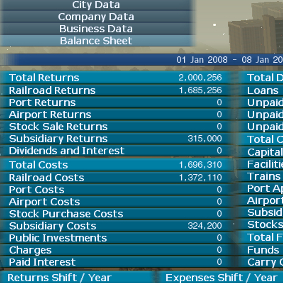 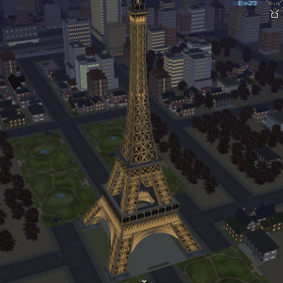 A-Train 8 delivers more than just realistic gameplay. All of the visuals are inspired by real life, including the trains, buildings, and even monuments such as the Eiffel Tower!

The award-winning A-Train series is an outlet for city simulation fans and train enthusiasts alike. Since 1985, Artdink has created 17 entries in the series, each building upon the last while honing the proven formula. A-Train 8 is one of the only entries to have been given an English localization.

Many people do not realize the impact that trains have had on commerce and transportation since the Second Industrial Revolution. Railroads have allowed companies to drastically reduce shipping costs and travel times. Some of the wealthiest individuals and most successful companies have used the railroad to build their fortune while improving the quality of life for everyone.

Plus, playing with trains goes beyond building tracks and collecting train cars! It is about developing the city to fuel the railway, ensuring the company remains profitable, dealing with real estate, and managing resources. It’s a complicated business venture, one that tests a person’s management skills to the max.

Still not convinced? Trains could very well play a major role in the future as we attempt to reduce carbon emissions and find the fastest ways to travel. As long as trains are around, there will be gamers who want to immerse themselves in their world. The A-Train series dedicates itself to those individuals and is here to stay!